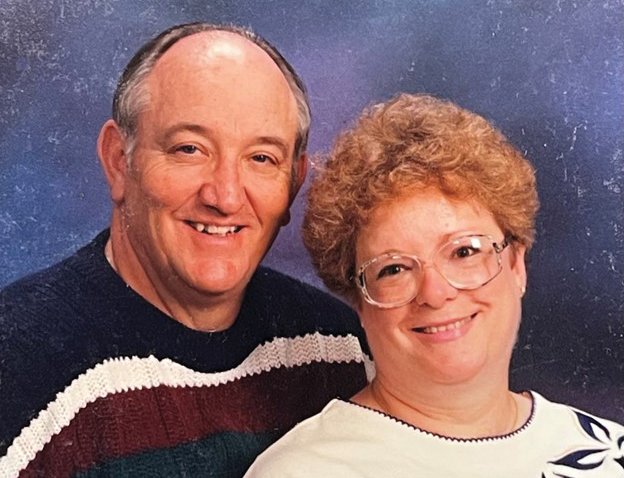 It was his “easy going personality” that attracted Verna Andrews to Roger Wilson 58 years ago. For Roger, Verna was a “down home lady.” The two met while dancing at a 3.2 bar where, at that time, people 18 to 21 could enjoy a lower alcohol content beer (3.2% alcohol).

Roger and Verna married in December, 1963. Roger was already enlisted in the U.S. Air Force, to serve his country, at war with Vietnam. As a staff-Sergeant, he and his new bride were stationed in Britain where Roger was tasked with the East-West movement of Soviet citizens. Verna recalls the biggest adjustment to their new life in Britain: “We expected it to be just like home.” But they soon found out that the diner staff assumed you wanted tea with your breakfast instead of coffee. Then there was the challenge of figuring out the money – pounds, shillings, and quid? There was the incessant rain and everyone, male or female, was referred to as a “Bloke.”

When they returned to the states, Roger began a career with IBM. He worked in the procurement office for 30 years. He and Verna raised two children and spent most of their adult lives in Northglenn. Northglenn was, in their words, “a small town, a good place to live, and it still is.”

Before coming to Crossroads at Northglenn, Roger had been to three other facilities in the area. He is so happy he and Verna found Crossroads. Unlike the other places, he says that Crossroads really cares about them. From Michele, the Executive Director to the caregivers to the maintenance man, Mike. And best of all, he and Verna can “live here together.”

Roger remains active as Crossroads resident council President. He and Verna can’t say enough positive things about Gloria’s daily activities and look forward to the time when larger groups can participate together. His greatest hope for the coming months: be done with masks. And when the dancing begins again at Crossroads, keep an eye out for Roger and Verna dancing and enjoying a 3.2. And the dance? The “Twist.” 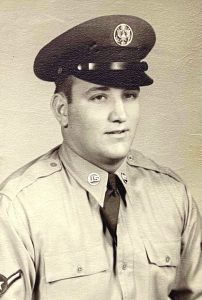 Roger during his time in the Air Force